Following on from last year’s run to the quarter finals the OCGS squad went into the 2016 campaign in an optimistic mood.  The stats supported this assertion – Cranleigh are the most improved school over the last 10 years.  The draw in January pitted us against the 2014 winners, Merchiston, and things became more concerning still as in the run up some of our young superstars fell by the wayside, with Messrs Boyle, Cary and Craddock unavailable due to either unhelpful employers, 90th birthday celebrations or glandular fever!

It was therefore with a little apprehension that we teed off at Deal on Thursday.  However any self doubt was misguided – Matthew Hansford donned his spikes for the first time since 2008 to win a point with Jamie Richards, but it was left to our youngsters, Marc Sadler and Giles Pickford to secure the victory with nerveless second shot into the 18th and a solid par to ease out the opposition and to send them back north of the border.

A significant lunch at RSG followed the golf on Thursday and the team all retired to bed early in advance of the next round.  We awoke on Friday morning, suitably rested, to face Canford, widely regarded as one of the up and coming sides.  Once again the OCs performed extremely well, our top pair winning comfortably, similarly our fifth pair who turned around an early deficit.

After a short turnaround, we teed off on Friday afternoon against Shrewbury.  This proved to be a sterner task with only one of our pairs up at the hut.  Unfortunately with our 2nd pair heading down 19 (having made 4 birdies in 7 holes in the middle of their round), and our 5th pair still alive, the Shrewsbury 3rd pair held their nerve and an 8 foot putt on 18 to win 1up and send them through to the quarter finals.

Richards and Hansford half

Davies and Ferguson Jones lost 1 down

Whitty and Moore half

It was an very successful Hewitt campaign, especially bearing in mind we were missing at least 3 potential team members.  Everyone got at least a point.  Furthermore we we have got past the first round in each of the last 6 years – very few teams can match that.  I’d like to thank all of the team for their efforts.  Of particular note;Matthew for so successfully stepping in at short notice and John Davies on now being the most capped Old Cranleighan with 77 matches.  We hope his threats of retirement are unfounded and look forward to him achieving his centenary of appearances in the coming years!

Finally, the biggest thank you goes to our supporters.  Ably led by Tony Rogers, who acted as non-playing captain, and captain of the society, Max Hunt, our support continues to be greater in number, louder in voice and more generous in in their encouragement (as well as in the bar buying the wine at dinner and lunch!) than any other society, bar none.  They are the fundamental reason the Hewitt is such an enjoyable experience and the team remain eternally grateful for their presence. 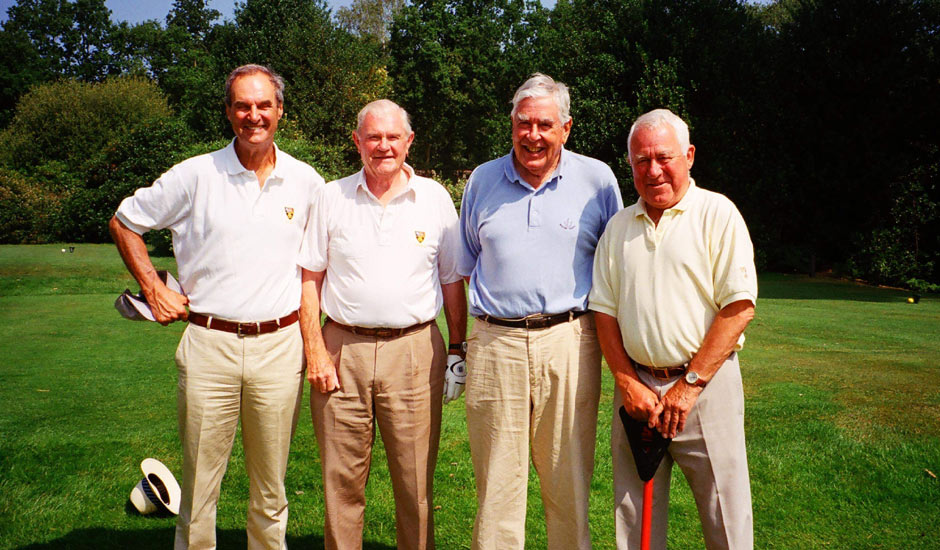