The Old Cranleighans embarked upon our 2018 campaign with enthusiasm.  A young team (arguably the youngest of any school with only 2 of the team were over 32), strengthening each year with new talent and, somewhat unusually a favourable draw (lets not forget we had Eton first round last year).

Our campaign commenced against Taunton at Deal at 2.45pm.  Whilst inconvenient for the players to enjoy lunch, our supporters, numerous and enthusiastic in their encouragement as always, it became clear they had expertly managed to squeeze it in at RSG!  The team quickly learned that despite having not won a Hewitt match this millennium, allegedly ‘lesser’ schools such as Taunton were significantly underrated.  Our top pair started showing their class as they eased away from their opponents after the turn, winning 4/3.  The second pair edged a tight encounter 1 up (despite taking an unorthodox line into the 17th) and our fifth pair confidently dismantled their opposition 5/4.

Our second round opponents were Brighton, who having previously boasted a similar record to Taunton were celebrating a first round victory over Stowe.  ‘Where does Stowe golf go after this defeat?’ was the question a dismayed Old Stoic asked in the locker room the previous day.  Thankfully this was not a question any OCs needed to ask themselves the following day! Our top pair continued their imperious form and building on their increasingly impressive record.  Once again the 2nd pair won by a nose.  Kendrick and Moore fought back to win on 18, whilst the fifth pair continued their winning run.  Our fourth pair came up against arguably the strongest Brighton pair (who lost down 18 the previous day to a 68 from Stowe), and did well to secure a half.

Getting to Saturday morning is always exciting, as a victory ensures the official ‘Saturday pm Team Photo’ – an infrequent occurrence for the OCGS.  In the way was Bradfield, 2014 finalists, home to Gallacher, Torrance Rafferty (Ronan, not Jerry), and McGinley – clearly a step up in class.  Our top pair lost to Jamie Gallacher and partner, who managed 4 birdies in the first 12 holes.  Tony and Jamie found themselves up against a +3 handicapper and our fifth pair also came up against some impressive play.  Adam and Craig had once again started to gain momentum, whilst Charlie Craddock powered his way around the course and we were about to go 3 up with 3 to play when the match was declared lost and halves taken.

A decent run, but more importantly a very enjoyable Hewitt.  A special thank you to Willy Porter for being a great 11th man and sorting out the accommodation and to Matthew for acting as non-playing Captain. The OCGS continues to be blessed with and excellent team spirit and the most incredible set of supporters, bar none.  As players we cannot thank you enough for your support. 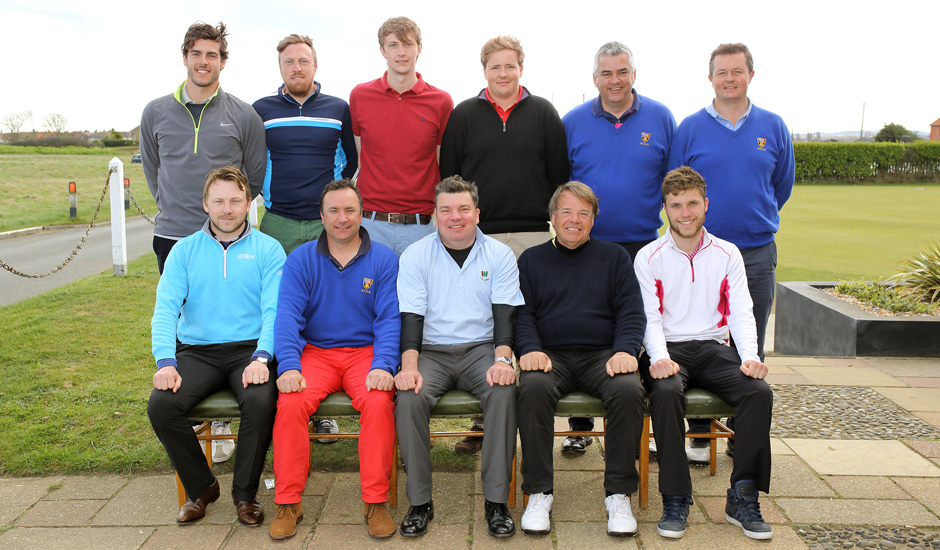